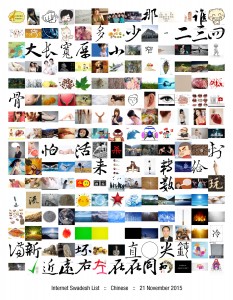 Another Chinese list, not as weird as some of the other ones, but plenty of gratuitous cheesecake. I’ve been using screenshots of the ad-linked returns as samples here, but I might start skipping them and use the first “real” image return instead for later grids. I haven’t decided if that’s true to the project or not.