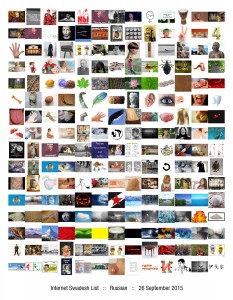 I have to thank the Russian Internet Swadesh List for being highly entertaining this time. Not only is it very different from last time, it also preferred serving actual images instead of boring clipart like some Internet Swadeshes I could mention. It also managed three image doubles, a “biting” baby, someone “fighting” a giant bug, someone “smelling” his underwear, and a helpful diagram on how not to “split” one’s legs with an axe. Finally, it has no less than three separate screenshots of Robert Downey, Jr. rolling his eyes. 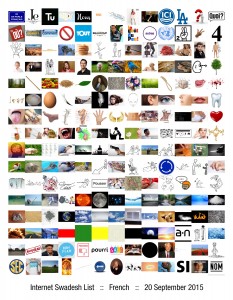 Another French Swadesh to compare. 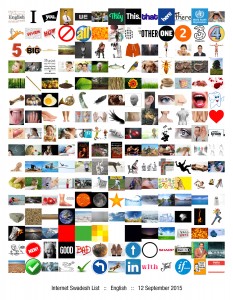 Third English grid. Interestingly enough, dreamatico.com is losing its edge in dream-imagery SEO, and it’s now serving full-res images to GIS. In fact, I only had to do two screenshots for this whole set – one for a non-draggable preview, and one that had a Javascript blackout panel for mouseovers. 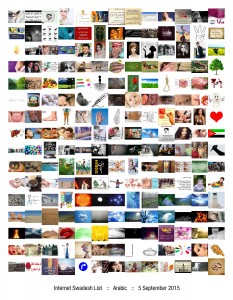 A second version of the Arabic grid up right here. Arabic image searches can be a little more gory than others, I’ve found, if not in the very first image, then the additional images returned.

Arabic also continues the trend of not returning color swatches or fields for the five color terms. The return for green (أخضر) is kinda swatchy but is more designy than anything.